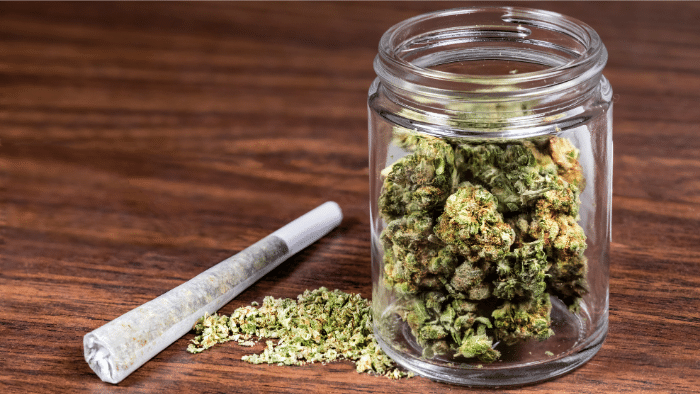 Arizona has voted to legalize marijuana for recreational use, which means that if you are currently facing marijuana charges or have been convicted of a marijuana crime in the past, your charges should be eligible for dismissal and expungement under the new Arizona law.

Under Prop 207, Arizona residents aged 21 years or older can now legally consume and cultivate marijuana for recreational use.

The Secretary of State certified Arizona voters’ approval of Proposition 207 (at the end of 2020). That means the Smart and Safe Arizona Act has become effective to govern the regulation, adult use, and taxation of marijuana in Arizona. Licensed dispensaries will also be able to sell marijuana.

Below we outlined facts you should know about the new Arizona marijuana law, aka the Smart and Safe Act (SSAA) or Prop 207.

Since November 30, 2020, adults 21 and older can possess 1 ounce of marijuana with no more than 5 grams of it being marijuana concentrate (extracts).

Home cultivation is limited to up to six plants at an individual’s primary residence.

Smoking in a public place would be a petty offense. Offenders can face a fine but no jail sentence.

Although recreational use of marijuana is forbidden in public, it is not a crime to be in public under the influence of marijuana. However, driving, flying, or boating impaired even to the slightest degree by marijuana would remain illegal (i.e., zero-tolerance rule).

A second offense of marijuana possession (more than 1 but less than 2.5 ounces of marijuana) could be punishable by eight hours of drug counseling. However, a third offense would be a Class 1 misdemeanor. If convicted, potential penalties include even up to six months of jail time.

Use of Medical Marijuana

Under Arizona Medical Marijuana Act, an individual can get a medical marijuana card if they have one of the qualifying conditions, such as cancer, HIV/AIDS, and post-traumatic stress disorder.

The use of medical marijuana is also allowed for minors, providing they have one of the qualifying conditions. But, the minor’s legal guardian or a parent has to be their designated caregiver.

It’s important to note that those with a medical marijuana card can possess and buy more quantities of marijuana than recreational users. For example, they can legally possess up to 2.5 ounces of marijuana or up to 12.5 grams of marijuana concentrate. They can also cultivate up to 12 marijuana plants at a residence or in an enclosed space.

The Arizona Department of Health Services (ADHS) is the agency responsible for implementing and developing rules and regulations for the Arizona medical marijuana program.

A qualifying patient younger than 21 can purchase medical cannabis. Buying adult-use marijuana is allowed only to adults (older than 21). Medical patients can buy an amount of cannabis that would result in their possessing up to 2.5 ounces (70 grams) in a period of 14-days.

Adults can purchase up to one ounce (28 grams of marijuana) with up to five grams of marijuana concentrate from marijuana establishments. Delivery is not available, although the ADHS may adopt additional rules to permit and regulate delivery of recreational marijuana in 2023.

A 16% excise tax (the same as cigarettes and alcohol) is placed on recreational marijuana products. Money from the excise tax would fund various state agencies and be dispersed between community college districts, police and fire departments, and the Highway User fund.

Cannabis processed and grown in Arizona has to be tested. Marijuana testing facilities will test marijuana for harmful contaminants (i.e., pesticides, molds, etc.).

While it is legal for adults to use recreational marijuana, possess certain amounts of marijuana legally, and be in public under the influence of marijuana, employers have the right to maintain a drug- and alcohol-free workplace. In other words, marijuana laws don’t protect individuals from getting fired due to possession of recreational cannabis or coming to work while high.

Beginning on July 12, 2021, people convicted previously of marijuana offenses such as possessing less than an ounce of marijuana, six or fewer plants, or marijuana paraphernalia can petition to have the record expunged.

“Instead of continuing to spend resources on these cases, this office will begin implementing the will of the voters immediately,” the Maricopa County Attorney’s Office said in a written statement.

If you have been convicted or charged with a marijuana-related crime, you should contact an experienced Phoenix criminal defense attorney immediately. Under the new Arizona marijuana law, people who have been convicted or charged are eligible to have their case dismissed and records expunged. Contact us today for a free consultation if you have questions or need assistance.