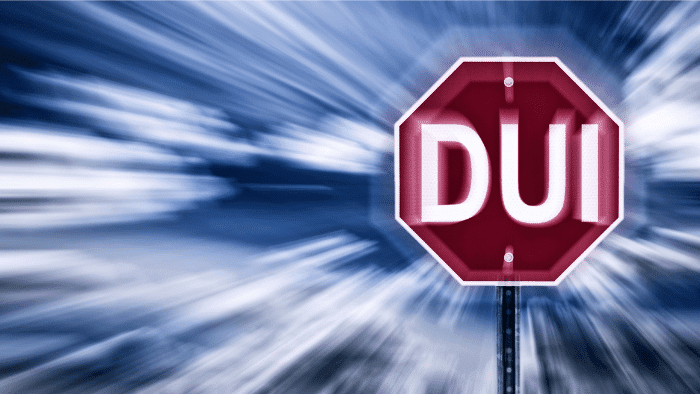 Driving Under the Influence (DUI) is a very serious crime and carries harsh penalties and consequences in every state, including suspension or revocation of your license, jail time, substantial fines, counseling classes, increased insurance rates, loss of employment or professional license, damaged reputation, and mandatory ignition interlock devices on your car. If you have been charged with DUI, it is extremely important that you contact an experienced attorney as soon as possible. Don’t make the mistake of facing the charges alone. A skilled attorney will present your options, explore possible DUI defense strategies, and discuss whether a plea bargain or trial is appropriate. Hiring an attorney is your best chance at lessening the severity of the charge and the penalties associated with it, or possibly getting the DUI charge thrown out.

WHAT IS CONSIDERED “DRIVING UNDER THE INFLUENCE?”

Forty-nine states (including Arizona) define having a Blood Alcohol Concentration (BAC) of 0.08% while driving as a crime; this is the level at which a driver is considered too impaired to drive. Utah considers a BAC of .05% as the threshold.

WHY IS BAC IMPORTANT?

Blood Alcohol Concentration, or BAC, is the percent of alcohol present in your bloodstream. It is measured by breathing into a breathalyzer, a blood draw, or a urine test. When an officer pulls you over for suspected DUI, they will most likely give you a breathalyzer test, as well as other field sobriety tests. The physical and mental effects of alcohol vary at different BAC levels, from a feeling of relaxation to gross impairment of motor control to coma and even death. There are many factors that can affect a person’s BAC, such as gender, weight, amount of body fat, and how quickly the alcohol was consumed.

BAC levels are extremely important because prosecutors believe they accurately reflect how much an individual is impaired by alcohol. BACs are considered objective medical evidence and are often used to convict a driver of DUI.

1. Refuting Test Results or Administration of the Tests

Since the results of a breathalyzer, blood, or urine tests are considered objective scientific evidence and can be used to convict an alleged offender, a DUI defense attorney will hammer away at the accuracy of the results and whether the test was administered correctly. This is one of the most common DUI defense strategies – an attorney will review the maintenance logs of the breathalyzer, whether the machine operator was skilled in the use of the machine, how soon the test was administered after being pulled over, the chain of custody of the blood sample, whether the sample was stored properly, whether the approved field sobriety tests were administered, and whether the alleged offender that may have resulted in an elevated BAC reading. A defense attorney will try to attack the admissibility of the test results, and the accuracy of the test result itself.

There are only three field sobriety tests that are officially endorsed by the National Highway Traffic and Safety Administration (NHTSA): horizontal gaze nystagmus, walk-and-turn, and one-leg stands.

Some people have medical conditions that may mimic being impaired by alcohol. Severe allergies may cause red and watery eyes; being very tired, having a neurological condition, or a drop in blood sugar can cause slurred speech and delayed reaction times; certain medical conditions such as hypoglycemia in a diabetic, effects of a concussion, or balance issues related to an inner ear problem can cause dizziness, being unsteady, and confusion.

There are a number of field sobriety tests an officer may ask you to perform to determine your level of impairment, such as touching your finger to your nose, reciting the alphabet backward, or walking a straight line. It should be noted, however, that there are only three Standardized Field Sobriety Tests (SFSTs) tests that are considered scientifically reliable, and have been officially endorsed by the National Highway Traffic and Safety Administration (NHTSA):

You are not legally required to take these tests; however, you may still be arrested for DUI if an officer believes there is other evidence of impairment.

Law enforcement must have a reasonable suspicion that you are driving while impaired in order to pull you over or detain you. They have to physically see the driver doing something wrong. If there was no reasonable suspicion for you to be pulled over, your attorney can contest the stop and get the charges thrown out. If an officer has a hunch that someone is driving drunk, that is not considered a valid reason to pull you over. An attorney will work to get the DUI dismissed since the officer did not have reasonable cause for the police stop.

If you are pulled over, it is important that you remain respectful to the officers and act responsibly. Being combative with officers will only work against you in the long run. You do not have to consent to a field sobriety test or a handheld portable breathalyzer test; however, if you refuse a blood draw, be aware that your license will be immediately revoked for 12 months.

If you are arrested, police are required to read you your Miranda rights. If they do not follow this established procedure, anything you said after your arrest – even if you admitted to driving drunk — can be thrown out in court.

There may be a situation where you’ve had a few drinks, and then a situation arose where you believe you are about to get seriously hurt if you remain on the scene. This is one of the less common DUI defense strategies, but a skilled attorney can use a “necessity defense” to show that the only reason you drove while impaired is that you were in fear for your physical safety.

DUI convictions are serious and have long-lasting consequences that can haunt you for the rest of your life.

If you have been arrested and charged with DUI, call a DUI attorney as soon as possible. A skilled attorney will know the best DUI defense strategies to help your particular case and protect your future.

Reach out today to schedule a free consultation and discuss your possible DUI defense strategies.