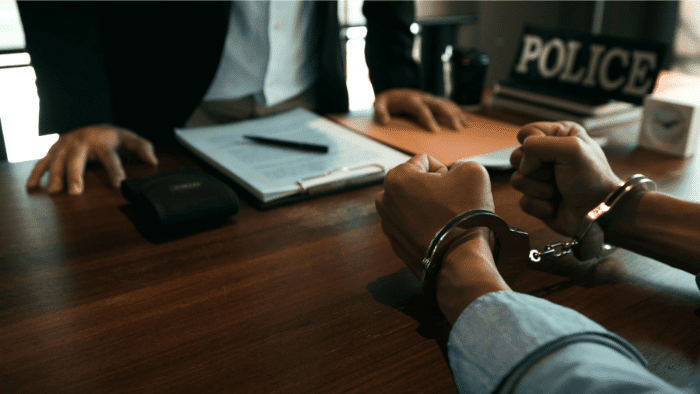 “You have the right to remain silent…” is a phrase that is said every time cops put handcuffs on a person. It’s part of your Miranda Rights, and it is your Fifth Amendment right, which offers you to privilege to not self-incriminate if you have been arrested.

Effectively, you’re protected from police questioning or trial. Exercising these rights is important because once you cooperate, you forfeit these rights and must continue cooperating with the police.

When You Have the Right to Remain Silent

“The Fifth Amendment to the U.S. Constitution protects people from being compelled to give testimony that could incriminate them. This is not the same as saying that a person has a right to silence at all times. In some situations, police may use silence itself as incriminating evidence,” states Justia.

Knowing when you have the right to remain silent is important if you’re ever arrested.

Technically, you can remain silent always, but a lot of people assume that their rights can only be invoked after they had their rights read to them. The misconception has led to police speaking to a person that is not under arrest.

Police may not be trying to arrest you at this very moment, and since you’re not in custody, they do not read you your rights. During the conversation, you may say things that will be used against you if you’re arrested in the future.

Police are required to read you your rights in two main circumstances:

The court found that if a suspect remains silent, the prosecution can comment on the silence if you:

What it Means to Invoke Your Fifth Amendment Rights

Invoking your Fifth Amendment rights means that the police must stop all questioning of you. Not only does questioning stop from a person interrogating you currently, but no other police enforcement has the right to interrogate you.

This works in your favor because all questioning must stop, meaning that interrogators cannot simply change rooms and continue the interrogation under a new person’s guidance.

Under your Miranda rights, if you’ve clearly invoked your right to remain silent, any subsequent statements you make should not be used in court.

Your lawyer will begin representing you in this case if you hire a lawyer or work with a public defender.

Silence alone doesn’t indicate that you’re invoking your rights. Instead, you should clearly state, “I invoke my Miranda right to remain silent,” but you can also say a few other things that will clearly invoke your rights.

The Supreme Court has stated that invocation of your rights is sufficient, as any reasonable person would understand your request for an attorney. You must be explicit in your language, or the rights may not be invoked.

Interrogators will know the best way to use your words against you unless there is a clear invocation of your rights.

Why Calling a Lawyer is a Growing Necessity

Sometimes, you won’t be arrested yet, but the police would like to talk to you. We’re seeing more and more people that have the police call them to “get your side of the story.” Speaking to the police seems innocent enough, but it can work against your best interests.

When you tell your side of the story, you might incriminate yourself. Your words can be used as ammunition against you prior to charges being filed.

Working with an attorney allows you to have protection so that you never have your words used against you.

If you’ve been arrested or the cops are calling to speak to you, reach out right away to schedule a free consultation.